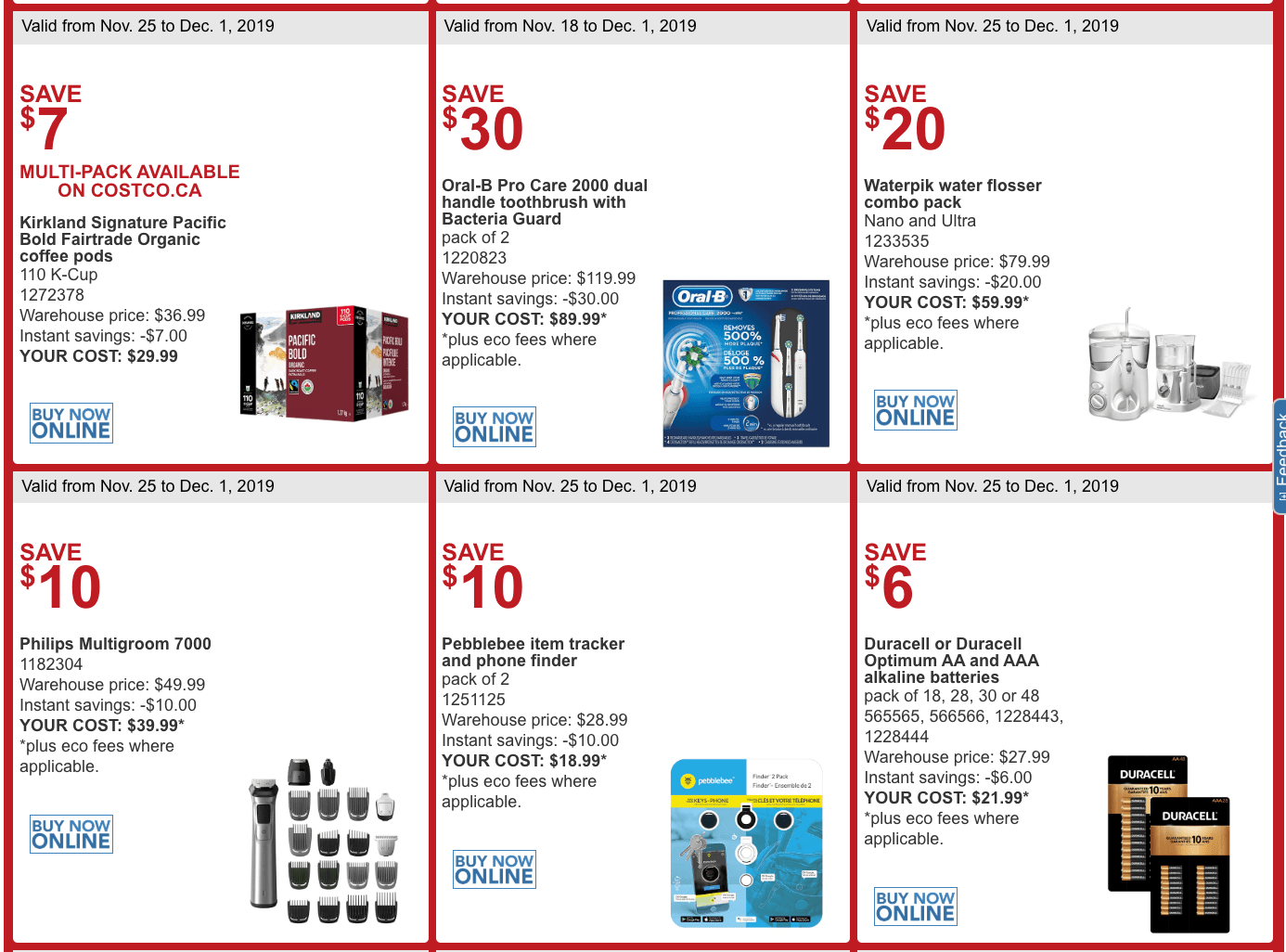 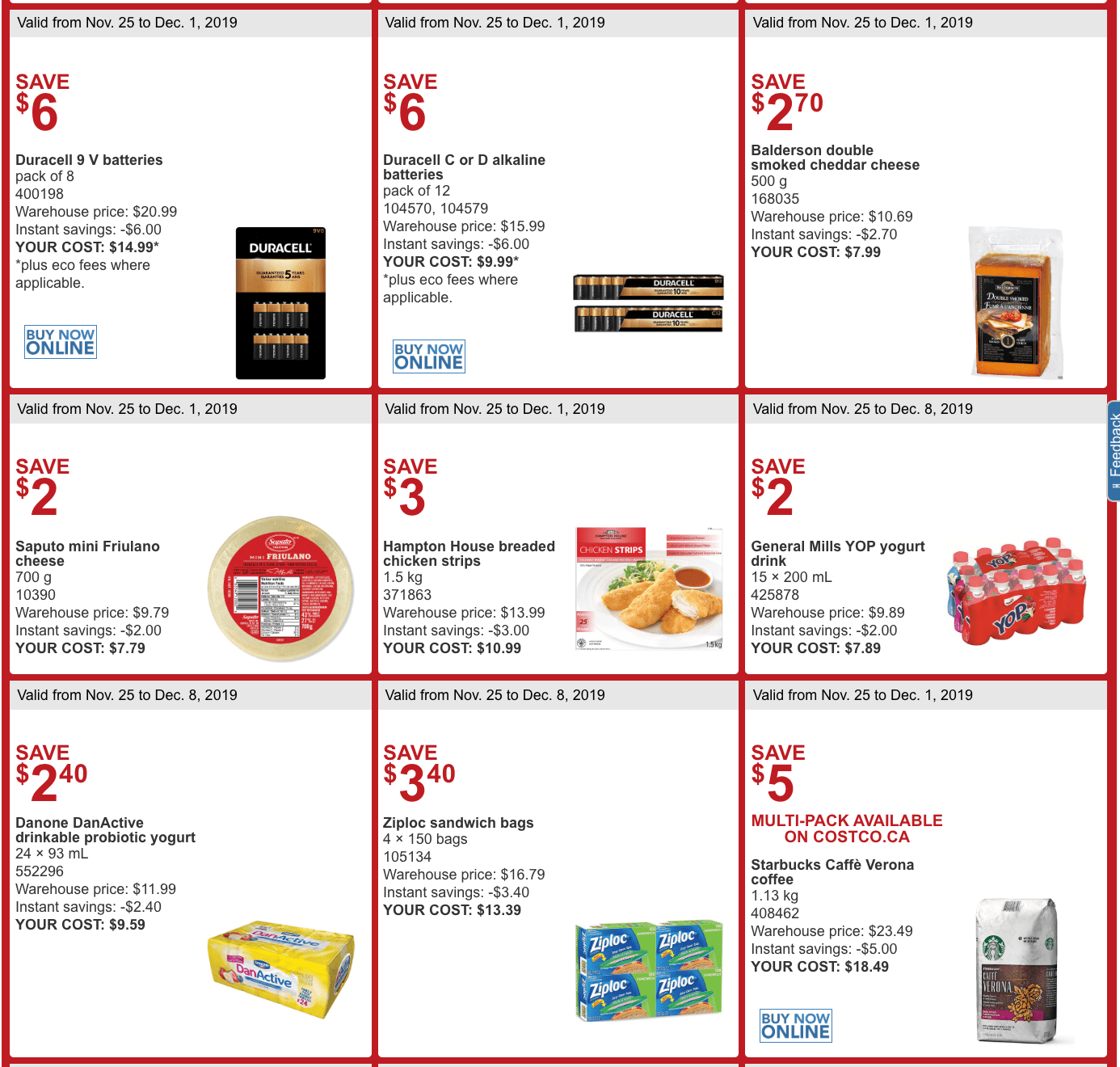 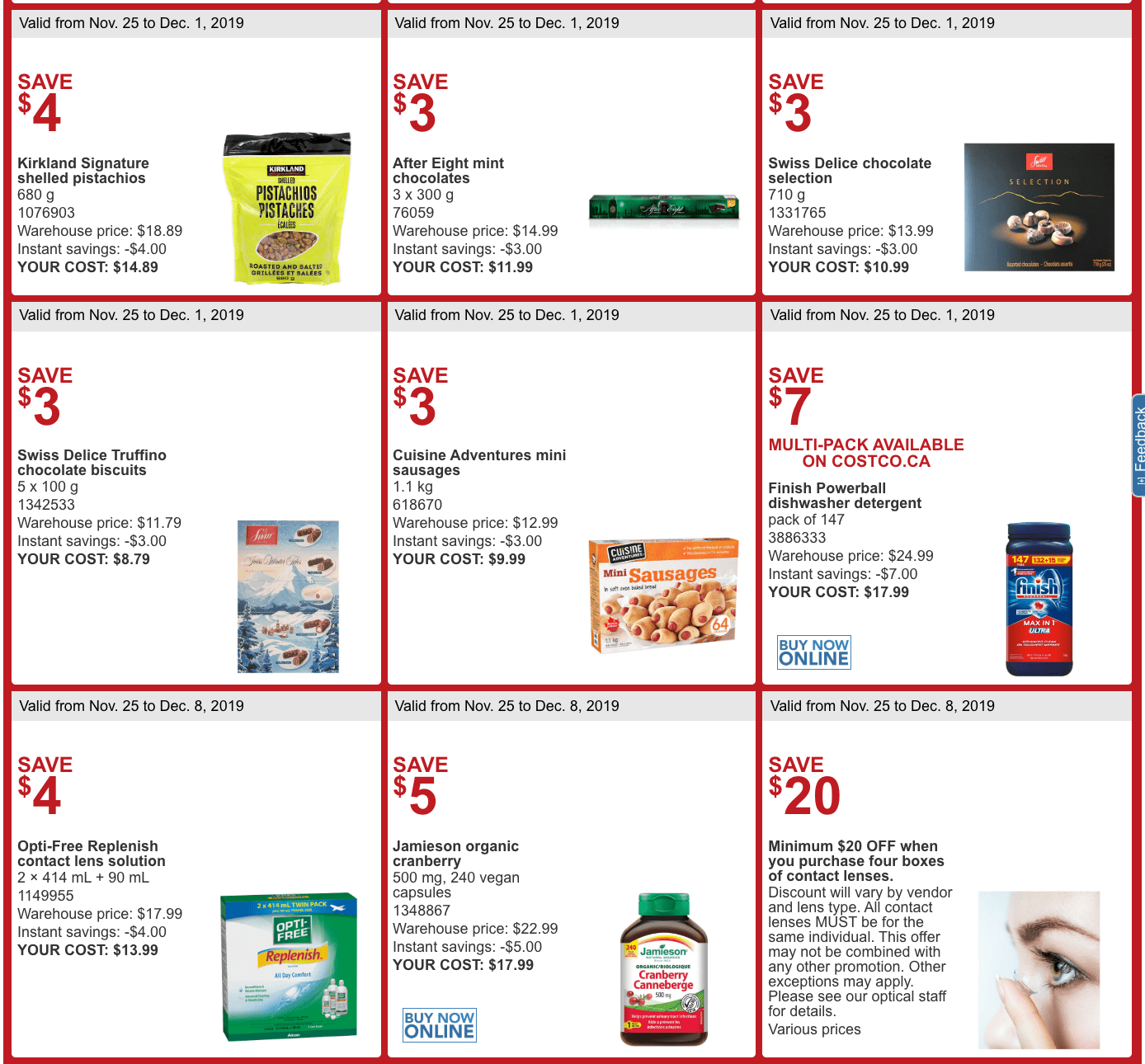 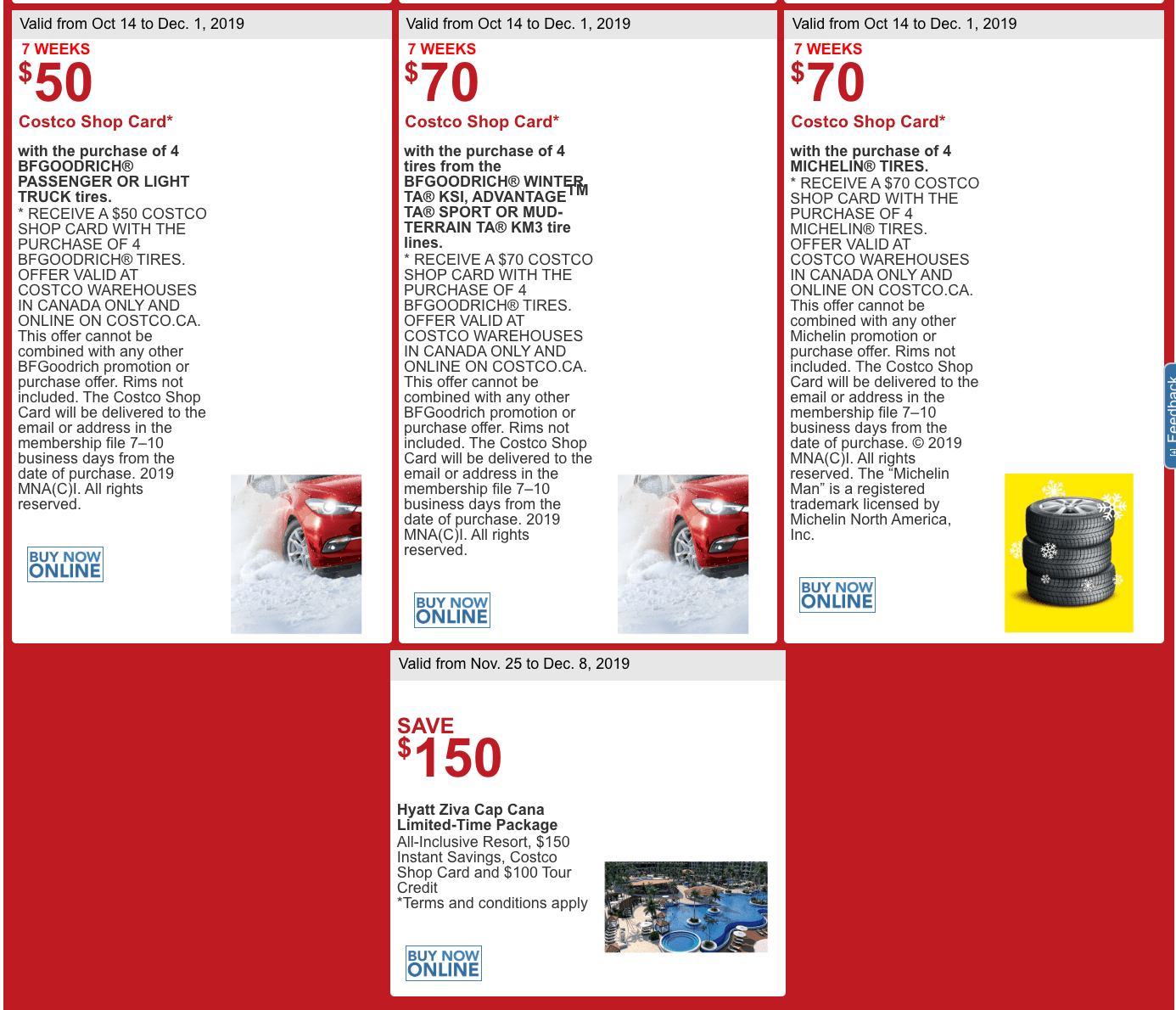 These Costco Canada eastern instant flyers are valid from, November 25, 2019, until December 1, 2019. Some of the deals are valid until December 8, 2019. Only Costco members in good standing may use these instant savings handouts and Costco discount will be automatically added when you purchase any of these items.